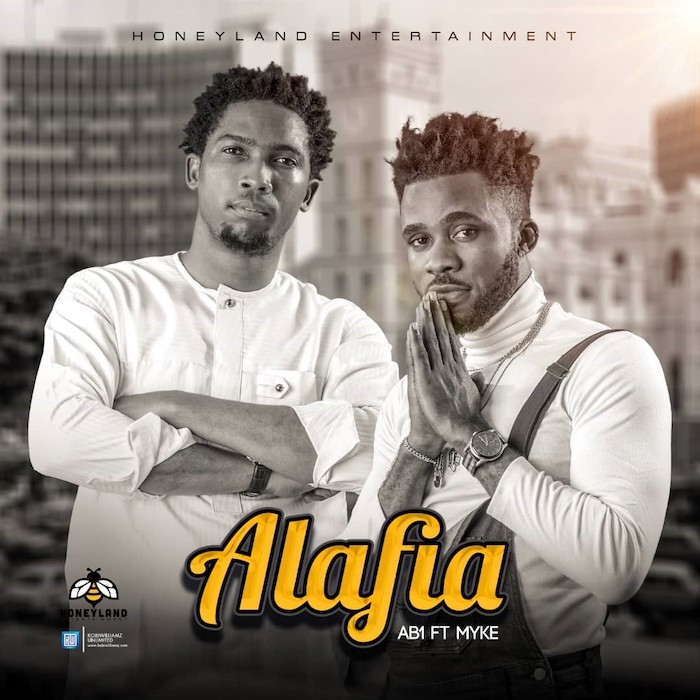 From the stables of Honeyland Entertainment comes this masterpiece from the relentless singer, songwriter and producer, Princewill Uko more known with his stage alias AB1 which he titled “Alafia” meaning peace in the local Yoruba Nigerian dialect.

This time ‘AB1‘ teams up with his label mate and music colleague Michael Echez better known as Myke a vocalist and songwriter with whom he shared history from their earlier time in ID Cabasa’s record label coded tunes.

Alafia is a song that talks about the need for hustle and well being. The song also talks believe and confidence against all odds especially in trying times.

With a well-engineered production by ID Cabasa, “AB1” and Myke released ‘Alafia‘ as the first single off a collaborative Extended play due to being released in 2020. Alafia is sure to inspire, motivate and calm the listeners.

What do you think about this song?

We want to hear from you all.