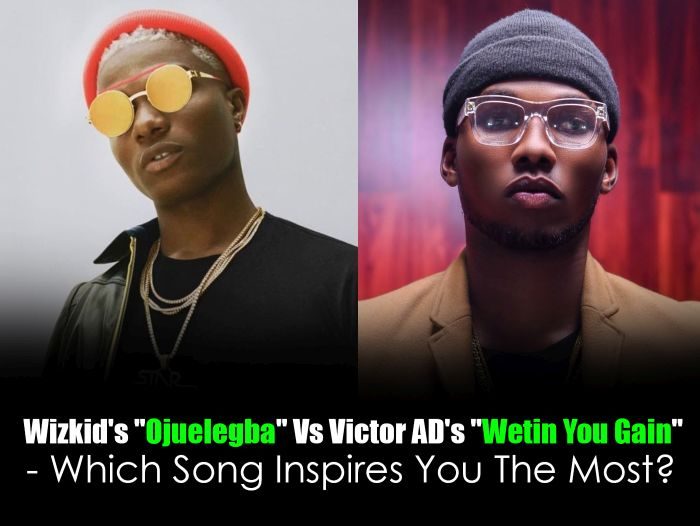 Away from the Lamba infused songs and love-themed tracks that serenade the music industry, there exist inspiring and motivational songs that we need each day to get ourselves out of the most depressing moments of our lives.

In this category exists several songs. But only two cut the deal as perhaps two of the biggest inspiring tracks we’ve heard in a while.

Wizkid‘s Ojuelegba is obviously Wizkid’s biggest song. It’s also been said to be the biggest song to have ever emerged out of Nigeria.

The melody, lyrics that depict how Wizkid emerged from the street to be one of the most successful Nigerian artistes are one that will inspire any Nigerian.

It relates to us especially the part when Wizkid paid obeisance to his mom for always praying for him. Heavenly vibes Wizkid supplied in that track.

Wetin You Gain happens to be one of the biggest songs last year too. It was one of those songs that helped me out of my depression last year.

Ojuelegba and Wetin You Gain are perhaps the biggest motivational songs we’ve had in the industry in the last few years but which one inspires you the most?

Let’s hear from you