Over 2.5 Million Muslims To Perform This Year’s Hajj 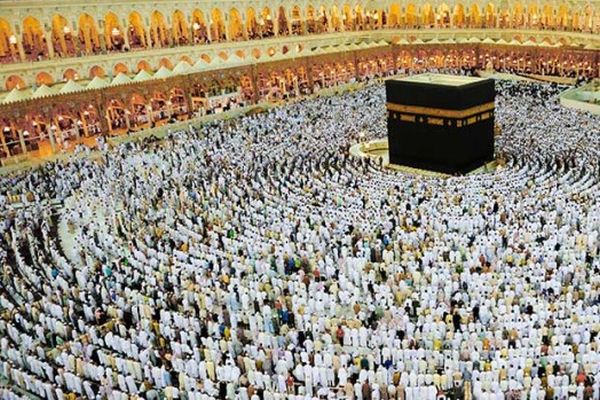 Over 2.5 million Muslim faithful from around the world will participate in this year’s hajj ritual, starting Friday.

The Arab country also announced the deployment of 30,908 paramedics to cater for pilgrims during the days of worship.

The Director-General of the Directorate of Passports in Saudi Arabia, Suleiman Alyahya, said the Kingdom has admitted a total of 1,838,339 pilgrims for the hajj, as at noon on Wednesday.

Of the total, Nigeria accounts for some 65,000, according to the acting chairman of Nigeria’s National Hajj Commission, Abdullahi Mohammed.

Mr Mohammed said the commission has concluded arrangements to cater for the 45,000 pilgrims it flew to the Kingdom, as well as supervise treatment of others who came through tour operators.

Addressing a press conference on Wednesday in Jeddah, the Saudi Immigration chief said the Kingdom has brought up innovative ideas to ease off the transportation of pilgrims this year.

Mr Alyahya, a brigadier-general, however, said the country has deported 300 pilgrims who arrived with fake visa documents.

He said biometric capture of pilgrims entering KSA takes only between 15-20 seconds, adding that flights that come a little late are usually due to technical faults.

Mr Alyahya commended the ministries of Interior, Health, Customs, Airports, the Police, Military as well as Hajj and Umrah who have provided services for the success of the operation.

He said one of the major successes recorded this year is that pilgrims do not have to wait for their luggage upon arrival at the airport. He said luggage are delivered to pilgrims at their accommodation.

The Saudi General Authority for Statistics said 30,908 individuals, including 8,685 women will be providing medical and emergency services during the hajj rituals.

The Ministry of Health has assigned a specialised team of doctors, nurses, pharmacists, and others to cater to the needs of the pilgrims.